Today I watched a video about hate comments and prejudices about interracial relationships:

I once had a fantasy about dating a white man, and thought I didn’t want to date a Korean guy.

I wanted to be more international, speaking English, and thought white men are gentler, sweeter, and sexually better. (I doubt that I had any clear ideas about what sexually better actually meant back then.)
In contrast, I perceived Korean guys as boring and conservative, and they wouldn’t really understand and appreciate me being international, independent, and proactive in life, but would feel intimated by me.
I think there was also a pure curiosity about exploring something different to some extent.

So, I dated several white guys, and particularly went out with one caucasian American guy in Korea for about a year.
After this experience, I went to another extreme where I thought I wouldn’t date a white guy again.

I thought cultural differences and language barrier were difficult to overcome. It’s actually interesting that I attributed difficulties of communication I had in that particular relationship to cultural differences. Also, it wasn’t really easy for me to get over how other people thought of and looked at me because I was doing something different from the social norm by dating a non-Korean guy. I indeed had quite a few unpleasant situations where I got bluntly frowned upon or told off by Korean people only because I was seeing somebody different from them.

After being in intimate relationships recently with a Korean guy and a white British guy, I realized it’s not about a race, nationality or whatsoever.

It’s about meeting a person who I like and get along well with, and who tends to have personal traits I like.
With my Korean boyfriend, he was definitely more than just Korean to me. Foremost, he was not a typical Korean guy who I used to assume boring and conservative. It was fun exploring the world and growing together with him because I admire his outlook on the world and mature personality.

It’s not too different with my British boyfriend. He is a white British guy, but means more than that to me. He is beyond my stereotype of a white guy which once made me decide not to date them again. Regardless of cultural differences or language barrier, I feel like our communication is better than in any of my previous relationships with Korean guys, or even better than what I have with most of my friends and family in Korea.

How do I feel when I see an Asian woman dating a white guy now?

To be honest, I do judge them, too and think and almost want to tell the world that I’m not that stereotypical Asian woman dating a white guy only because they are white.

Even in those cases where people date others valuing their race or nationality most, I’m sure there must be some other traits people are drawn to on top of a race or a nationality. Moreover, it’s still a way of exploration and expression where people act on what they want and desire. I think fantasy itself is one of the biggest obstacles against building a healthy relationship because it stops you from looking at others as they are, but acting on it might be the best and only way for people to learn about the real world beyond fantasy. That’s how I explored my fantasy of dating a white man by actually going out with them and learnt what’s more important is a person, and a nationality or a race is just one of many traits that person I like happens to have.

Why don’t we reframe “Asian women dating white guys” beyond focus on different races? Why are we so obsessed with these racial words like Asian, white or whatever. Why don’t we just say it is exploration of people in different races and nationalities because we are curious about something different and new? If we look at it from the perspective of exploration, exploration itself won’t ever be a bad thing, but what becomes important is “how to explore”.

I particularly want to say my last words for a young woman like who I used to be, having any kind of fantasy about dating a white man.
It’s okay to date a white guy because you are curious about them. You don’t need to be too harsh on you because you like them mainly due to their race, and other people frown upon you.

Enjoy our stuff? Get more delivered to your inbox. (it's FREE)

Enter your details to receive tips and updates. 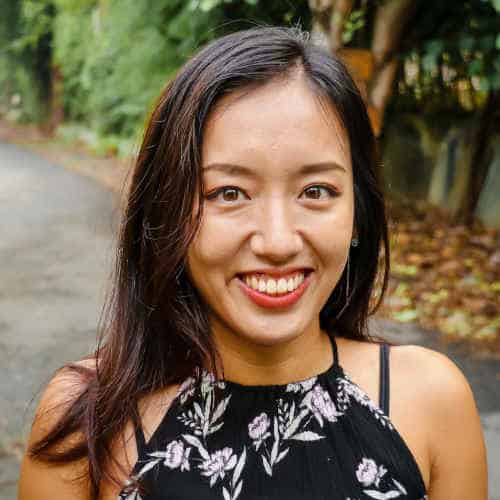 Lidia is a love coach and writer for Love Openly